Back in 1990 Daniel Puddick AKA Audio Jacked ran several club sites and club nights where he first played out his material. Skip forward a few years and Audio Jacked is kicking off his debut track, “Won’t Be Locked Down”.

Can’t Stop Myself Dancing featuring Jessie Wagner is the 2nd track for Audio Jacked. Crossing the fine line between disco and house, the dance-pop release out now (11th May) and the club mix following shortly behind.

Can’t Stop Myself Dancing is an uplifting track appropriately launching just before the summer club season kicks off. It’s almost impossible to listen to without getting in the groove. The live instrumentation includes pianos, guitars and a funky bass to complete the track. 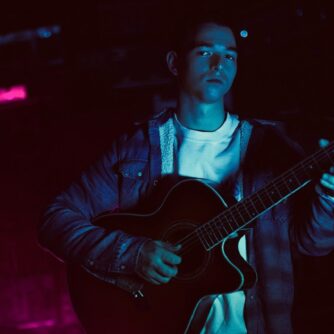